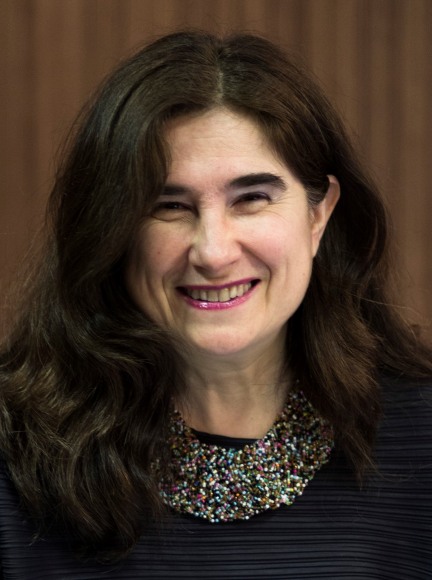 Professor of Urban Planning at Universidad Politécnica de Madrid and UNESCO Chair on Gender. She is a leading international expert on gender in transportation, urban planning, architecture, and STEM, with extensive experience in policy, practice, and research. She is Chair of AGGI, the Advisory Group on Gender Issues to the Executive Director of UN-Habitat, Adjunct on Gender Policies to the Director of the School of Architecture of Madrid, and a member of the Advisory Council of the Spanish UN-Sustainable Solutions Development Network. She has been Chair of the international COST network Gender, Science, Technology and Environment, and co-Director of the EU-US Gendered Innovations Project.

As member of the European Commission Helsinki Group on Gender in Research and Chair the EC Expert Group on Structural Change, she played a key role in the negotiations to introduce gender as a central element of the European Commission research program Horizon2020. She has been member of the Scientific Committees and PI of a dozen European RTD projects. Since 2016 she has played a key role in introducing gender dimensions in Spanish and European urban planning, working with national, regional, and local governments, as well as with private developers, to implement pioneering legislation, programs, plans, and projects, that integrate gender issues into planning and transportation, at all scales and in the different domains of planning. She has held public office as Deputy Director General for Architecture, Advisor to the Minister of Housing, Advisor to the Minister of Science, Director of the Women and Science Unit at the Cabinet of the Secretary of State for Research. A former Fulbright grantee, she has been Visiting Scholar at UCLA, the Bauhaus-Weimar, London School of Economics, and Columbia University. She is author of over 100 articles and of two reference books on gender in planning and transportation: Engendering Cities: Designing Sustainable Urban Spaces for All, Routledge, 2020, and Fair Shared Cities. The Impact of Gender Planning in Europe. 2013. In 2008 she coined the term “mobility of care” which is being used by policy makers and researchers across the world. In 2021 she received the Matilde Ucelay Prize in recognition for her professional trajectory in promoting women and gender equality in transportation, mobility and urban planning, awarded by the Spanish Ministry of Transportation and Urban Affairs

Joint Opening of the Assemblies